Having a job made me feel responsible again

Having a job made me feel responsible again 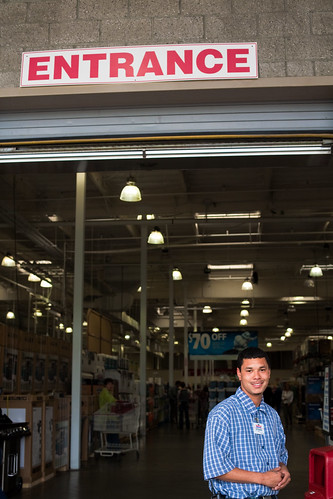 My success story starts with me walking into my job interview with the 2009 Summer Jobs Program. It was a group interview and I was surprised when I saw how many kids were there and thought: “there’s no way I’m going to get hired with all these people here.”

But that interview was nothing like I expected…we played games and had fun and at the end of the day, I got hired. It was great! After getting the job I woke up early every day to get on the bus to go meet my Crew at our pick-up spot. Having a job made me feel
responsible again.

Near the end of the summer, I met Toni Abraham, who told me and my Crew that if we needed help finding another job after the summer, we should go and see her at the SAY Youth Employment Center and she gave each of us one of her business cards.

When the Summer Jobs Program ended, I had saved enough money to buy a car, which was my main goal for the summer, but I still needed to find another job. But a few months went by, and I still hadn’t found another job, it was horrible! Then I saw Toni’s card in my wallet and when I called her, she invited me to come down to her office the next day. I did, and she enrolled me in a Job Readiness Workshop, where I learned how to make a resume, how to dress when looking for a job, and I learned some interview skills.

Toni helped me start applying for jobs online and she even met me at the Mall to help me put in applications. Soon, I received a call from someone at Costco, who asked me to come in for an Interview.

My mom was so proud that she told all of her friends and one of my mom’s friends bought me a new suit for my interview! Toni had me come into SAY and helped me do practice interviews, which helped me very, very much because at the end of my real interview at Costco, they offered me a job!

Now, I am working at Costco, thanks to Toni and the SAY Youth Employment Center, and I still have the car I bought with the money I saved from the summer.

Thank you so much, SAY!