I realized that it was important for me to give back

I realized that it was important for me to give back 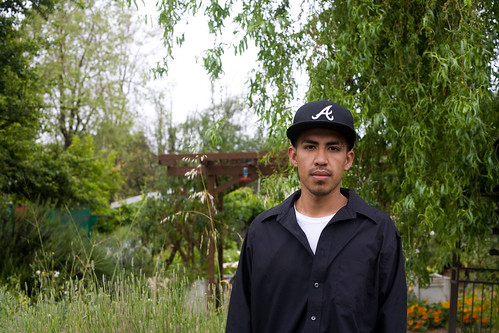 I first came to SAY three or four years ago and was part of the Summer Leadership Program, which is a program to get people like me off the streets and working on community service projects. Jenny Corella-Nestor and Chris Oseguera from SAY took us to do all kinds of stuff: we cleaned up creeks, and painted over graffiti, and went to Bodega Bay to clean up the beaches. We also had fun and went white water rafting, played soccer, flew kites and went on a zip line.

When we were painting over the tags people had done, at first I was really confused, like, why are we doing this? What’s the point? But later, I realized that it was important for me to give back to the community and try to make it better to make up for some of the bad stuff I had done. And cleaning up the creeks and painting over graffiti was good, because it made the parks and creeks a lot nicer for the kids who go to them. I enjoy doing it for the community.

I came back to SAY this year because I needed help to find a job. I have an 18-month-old son that I need to support. I feel good coming back because SAY has helped me in the past.

When I came in to find a job, Toni and Jennifer helped me make a resume. They checked in to see how I was doing and a few weeks later, they told me about the new community garden program they are doing and asked me if I wanted to work on that project. I told them that I would be happy to be a part of the Sunflower Garden Project and I felt good because on my first day back, they helped me out a lot.